A customized version of Giogali makes for a dazzling centerpiece in the lobby of the historic Hotel Cafè Royal, which reopened in 2012 after a conservative renovation by the architect David Chipperfield. 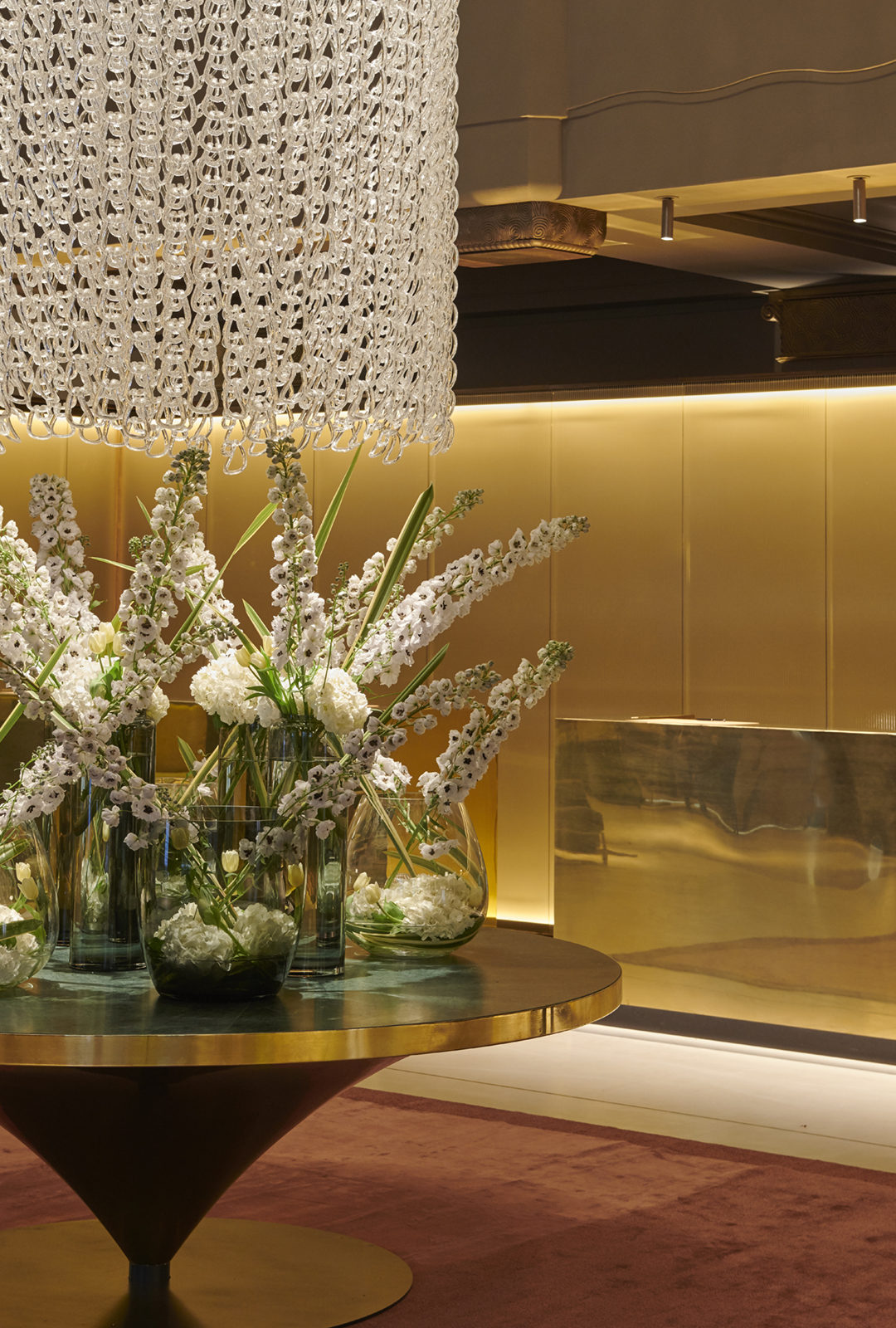 Hotel Café Royal is a five-star hotel at 68 Regent Street, London.
Before its conversion it was known as a renowned restaurant and meeting place.

In 1865 the building was purchased by Daniel Nicholas Thévenon, a well-known French wine merchant at the time. He was forced to flee France due to bankruptcy. In 1863 he arrived in Britain with his wife, Célestine, and only five pounds in cash. He changed his name to Daniel Nicols and began running the Café Royal. In a short time he managed to turn the place into the largest wine cellar in the world at that time.

By the 1890s Café Royal had undoubtedly become the place to see and be seen.
Many patrons brought prestige to this venue such as: Oscar Wilde, Aleister Crowley, Virginia Woolf, D. H. Lawrence, Winston Churchill, Noël Coward, Brigitte Bardot, Max Beerbohm, George Bernard Shaw, Jacob Epstein, Mick Jagger, Elizabeth Taylor, Muhammad Ali, and Diana, Princess of Wales.
The café has been the scene of episodes that have marked English history such as the March 24, 1895 meeting in which Frank Harris advised Oscar Wilde to drop his charge of criminal libel against the Marquis of Queensberry, who was acquitted while Wilde was later tried, convicted and imprisoned.
In 1972 the property changed hands and was purchased by David Locke.

Prominent personalities have chosen this location to host major events such as Kanye West who played here in 2014 when as a DJ at a private party with Frank Ocean. And again a private after-party of the British Fashion Awards, hosted by Kate Moss and Naomi Campbell with internationally renowned guests such as Harry Styles, Cara Delevingne and Rihanna.

In 2012 David Chipperfield Architects transformed the historic Café Royal in the center of the most cosmopolitan London, between Mayfair and Soho, into a luxury hotel.
The project by Lissoni Casal Ribeiro studio joined by David Lopez Quincoces, Stefano Castelli and Pino Caliandro, fits within this conversion by rethinking all the common areas: lobby, concierge, two restaurants and a sushi bar, all dictated by the delicate balance between heritage memory and contemporary design.
Keeping the historic structure dated 1865 intact, the contemporary intervention dialogues delicately with the past, and the shape of the space is modulated to suit the new functionality.

The lobby becomes an expansive space by taking advantage of the double height of the structure, from the ceiling a precious pure crystal chandelier, a custom example from Vistosi: Giogali collection.
Giogali is a flexible collection because the single element of the modular hook lends itself more than any other collection to the creation of ever-changing configurations. An iconic weave where pure craftsmanship takes center stage.
The installation descends imposingly onto the polished brass table, which instead springs from the floor. Polished brass also defines the two large parallelepipeds that form the reception counters, creating a textural link with pre-existing decorative elements such as column capitals. Behind the reception desk, backlit canned glass further enhances the ambience. Also for customer reception, on either side of the reception desk are the two lounge areas characterized by dark and warm tones and, in the adjacent room, the concierge with a more intimate flavor, with comfortable furniture and a library. 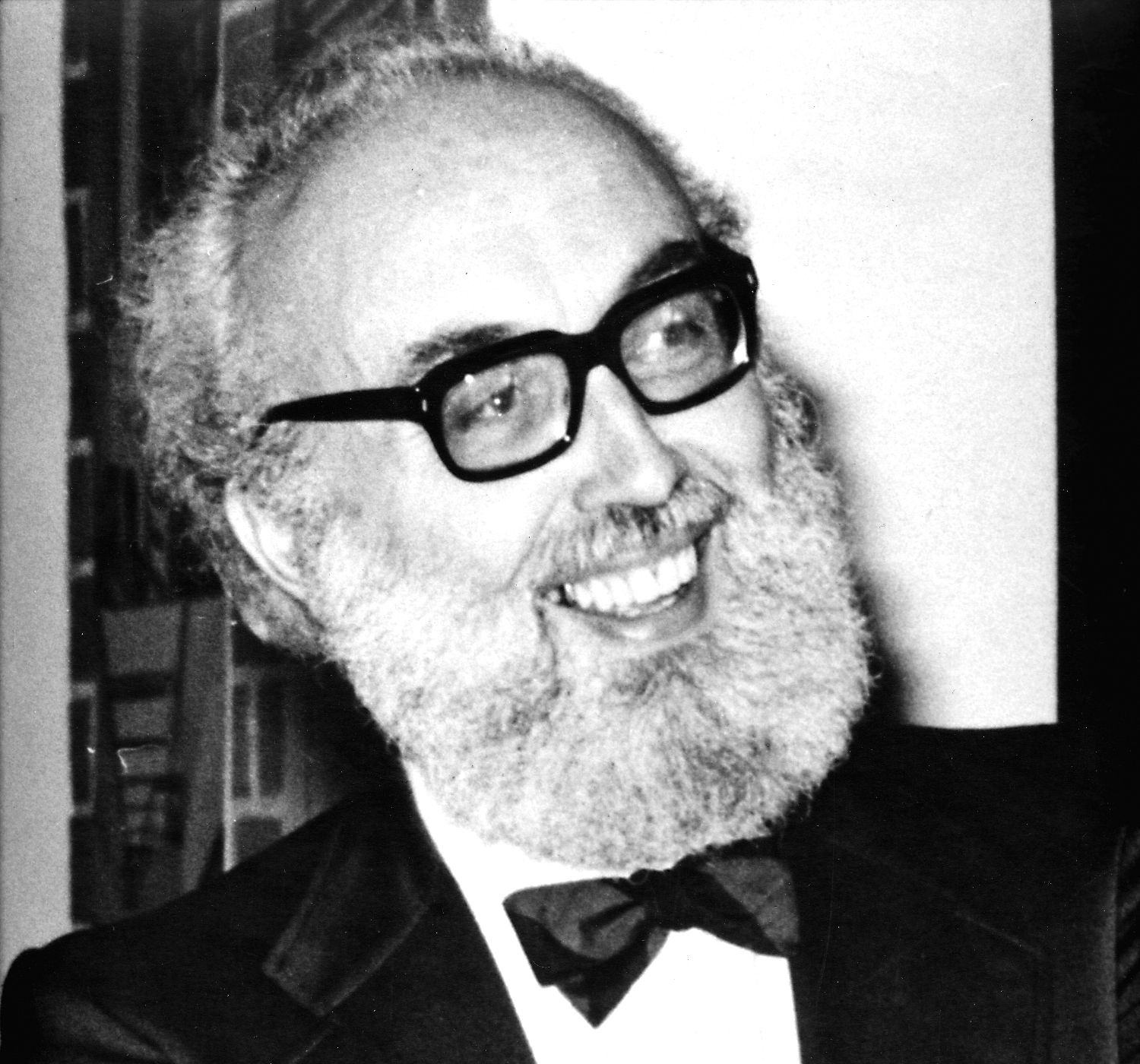 Discover more of our projects 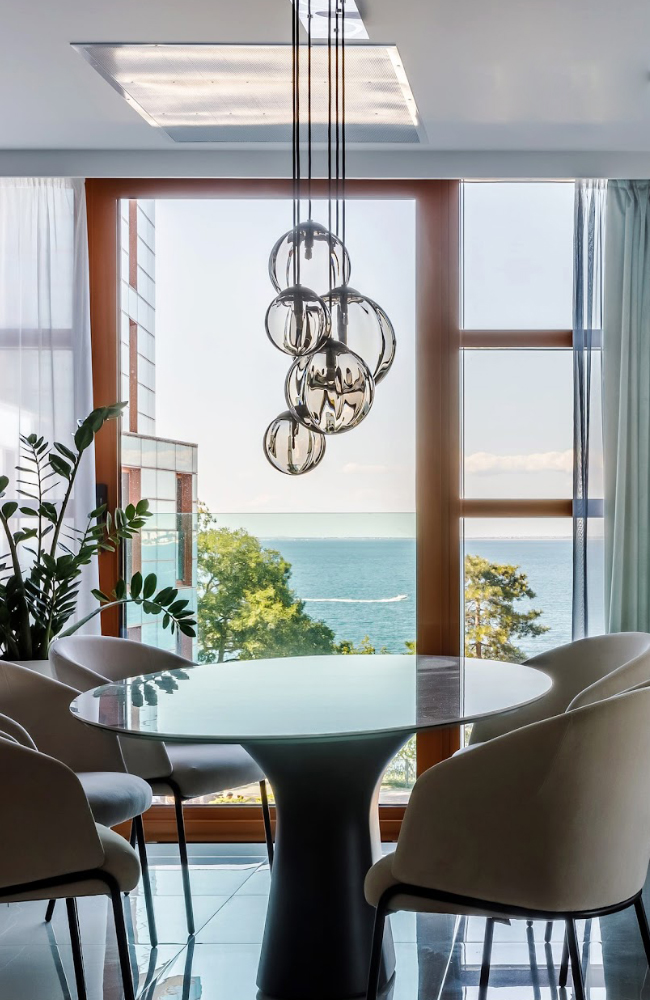 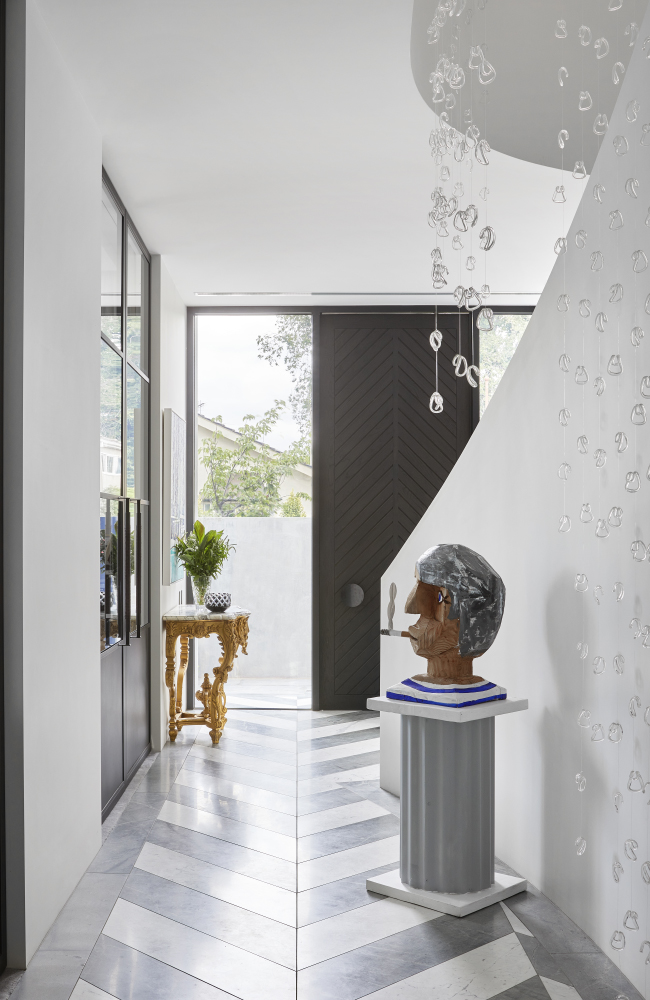 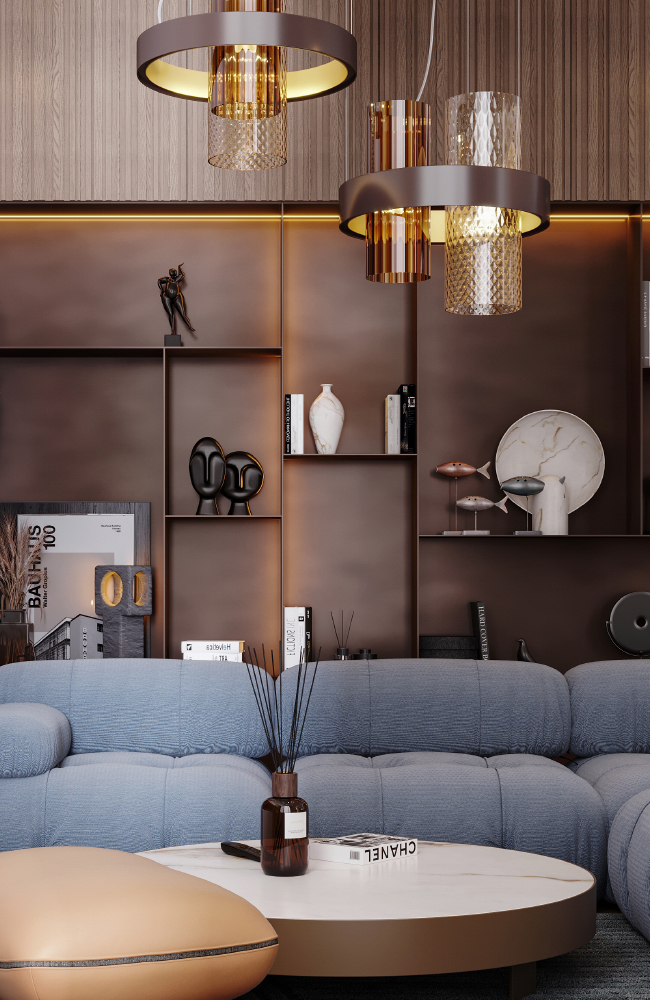 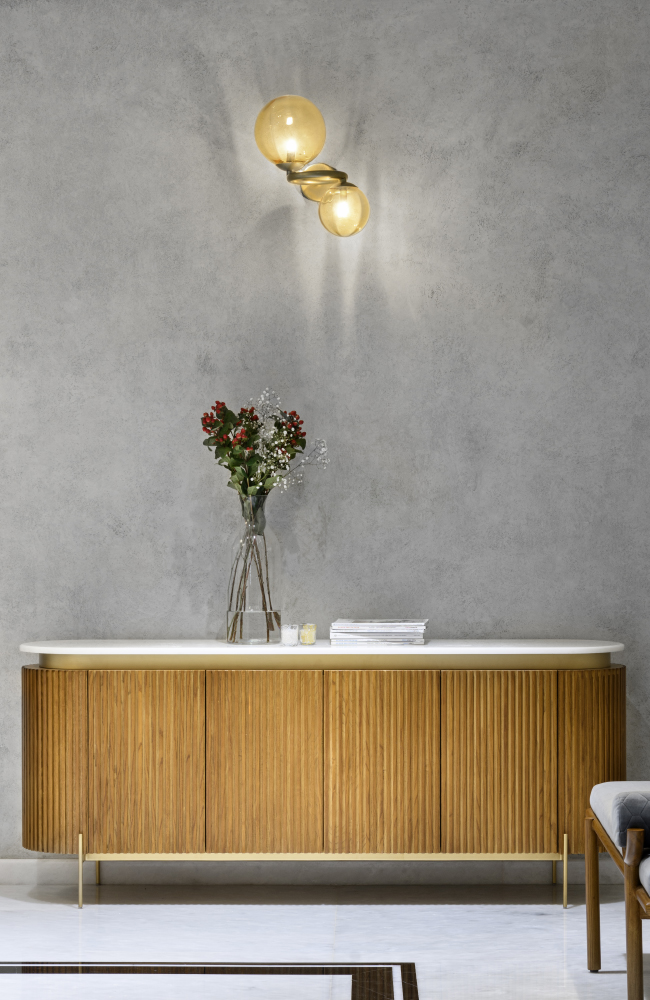