When embarking on a new project, I’ve always sought to involve people’s needs in the design concept. In my opinion, the basic starting point of designing a design object lies in the usefulness that it offers. An object that doesn’t respond to a need cannot even be considered as belonging to the realm of design.

EDUCATION
In 1948 he obtained a degree in architecture from the Politecnico di Milano.

CAREER
In 1948 he participated on the preparation of the VIII Triennale di Milano, a collaboration that he repeated in 1951 for the IX edition of the exhibition. After a brief but intense experience in the United States (in 1953 and 1954), Mangiarotti returned to his home city to open his own design studio with fellow architect Bruno Morassutti in 1955. Their aim was to create industrial design products and oversee the redevelopment, restoration and construction of residential and public buildings. Their collaboration lasted a relatively short time, ending in 1960. During his stay in the U.S., Mangiarotti came into contact with important names on the international scene such as Frank Lloyd Wright, Walter Gropius, Mies van der Rohe and Konrad Wachsmann. Likewise during that two-year period, he participated in the “LOOP” competition in Chicago and, again in Chicago (Illinois), he was a visiting professor at theInstitute of Design at the Illinois Institute of Technology. In 1957 he participated in the construction of the Feltre district in Milan. Two years later he produced the first version of one of his most famous industrial design objects: the “59” chair. In 1961 he turned his attention towards a new sector: the car industry. He actually joined Alfa Romeo as a consultant, but the incentives he received from the Italian car manufacturer led him, again in ’61, to carry out several studies of modular cars, using interchangeable modules and parts, in order to find different practical and volumetric solutions. His interest in automotive industry increased and inspired him to study a wind tunnel to examine the aerodynamic coefficient of cars. Neither project, however, had particularly productive outcomes. He also designed a canopy for the entrance to the Alfa Romeo factory in Arese, but it unfortunately wasn’t constructed either. Over the years, his activity as a designer continued while he progressed as an architect. He created a number of plants for private companies, and as an urban planner, devised many urban solutions, neighborhoods and infrastructures. Teaching has constantly coincided with his professional activity: in the academic year 1963-1964 he obtained a chair at the Istituto Superiore di Disegno Industriale in Venice and two years later he made one of his most famous industrial design products: the Lesbo lamp, which complemented its “sister” lamp Sappho. Both were made of blown glass for Artemide, the Italian furniture and lighting company. Other famous products are those conceived for Agape such as the Tre 3 chair, the modular Cavalletti bookcase or the Quattrotto table. The collection of stone or marble washbasins and the Eros and Eccentrico tables in Carrara marble are also noteworthy. These materials, together with glass and wood, were much loved by Mangiarotti, especially when his passion for sculpture grew stronger. Passion that was ignited by the designer’s tremendous interest in the subject and the possible methods of rendering it. In addition to Agape, Mangiarotti also teamed up with Zanotta to design the In 301 armchair in 1968. This is one of the most important objects of Italian industrial design and is permanently on display at the Triennale Design Museum and was included in the “Quali cose siamo” exhibition curated by Alessandro Mendini. He worked as artistic director in the eighties and the nineties (1986 to 1992) at Colle Cristalleria, creating pitchers, decanters and other hand-made crystal containers. As well as being acclaimed in the West (U.S. and Europe), Mangiarotti is also well known in Japan where the Mangiarotti & Associates Office is based in Tokyo. Throughout the years he kept teaching while still designing. In 1976 he held a teaching position at the University of Adelaide in Australia, before returning to Italy. In 1982 he was an adjunct professor at the Faculty of Architecture in Palermo, in 1983 he taught at the Faculty of Architecture in Florence. In 1997 he returned to the Politecnico di Milano where he graduated, this time as a lecturer on a course in Industrial Design. In 2002, the Politecnico awarded him an honorary degree in Industrial Design. Over the years, the Milanese designer has devoted particular attention to industrial production problems and pre-fabrication processes (basic themes of Life Cycle Assessment) in order to determine the environmental impact of the production of his creations. Some of Mangiarotti’s other notable industrial design works include the “Secticon” clock from 1956, the glass products he crafted for Knoll, the T-table for Enrico Baleri’s Baleri Italia and his wooden furnishings for Cassina. His works for the Italian company Vistosi are also famous, such as the Giogali chandelier designed in 1967, one of the artist’s most memorable works. He published a book called “In nome dell’architettura” in 1987.
Angelo Mangiarotti was ninety-one years old when he died in Milan; after cremation, his ashes rested in the columbarium at the Cimitero Maggiore in Milan. 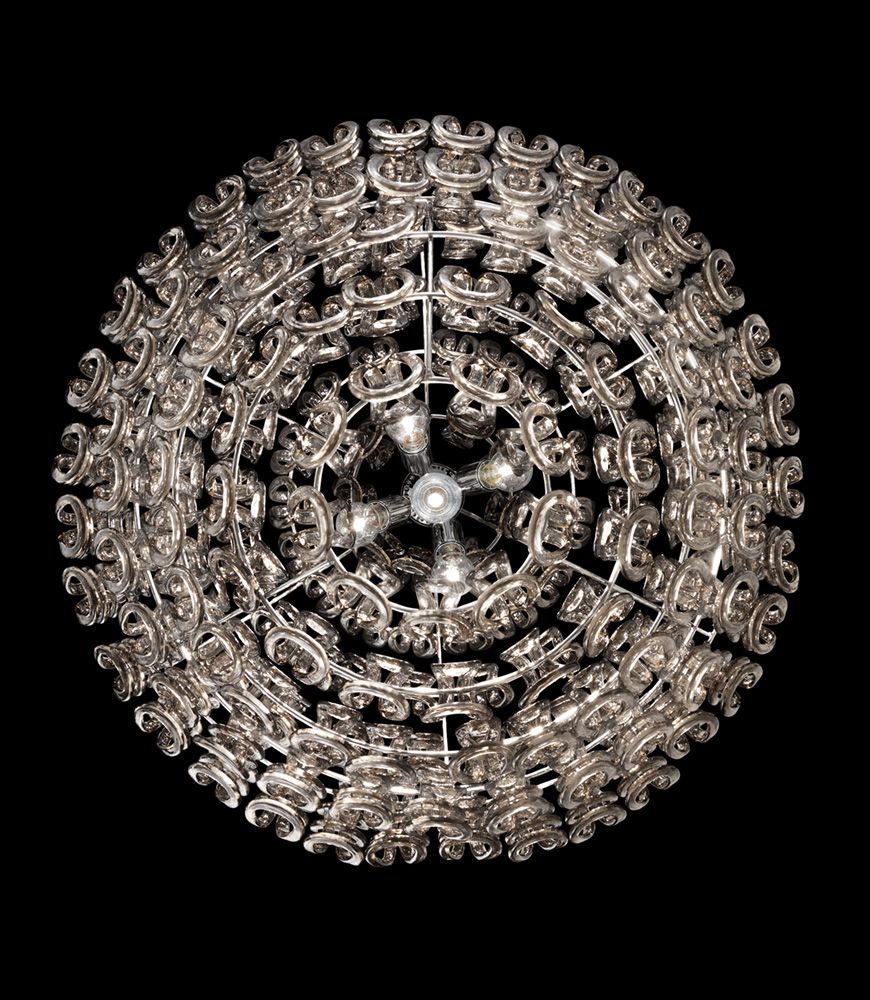 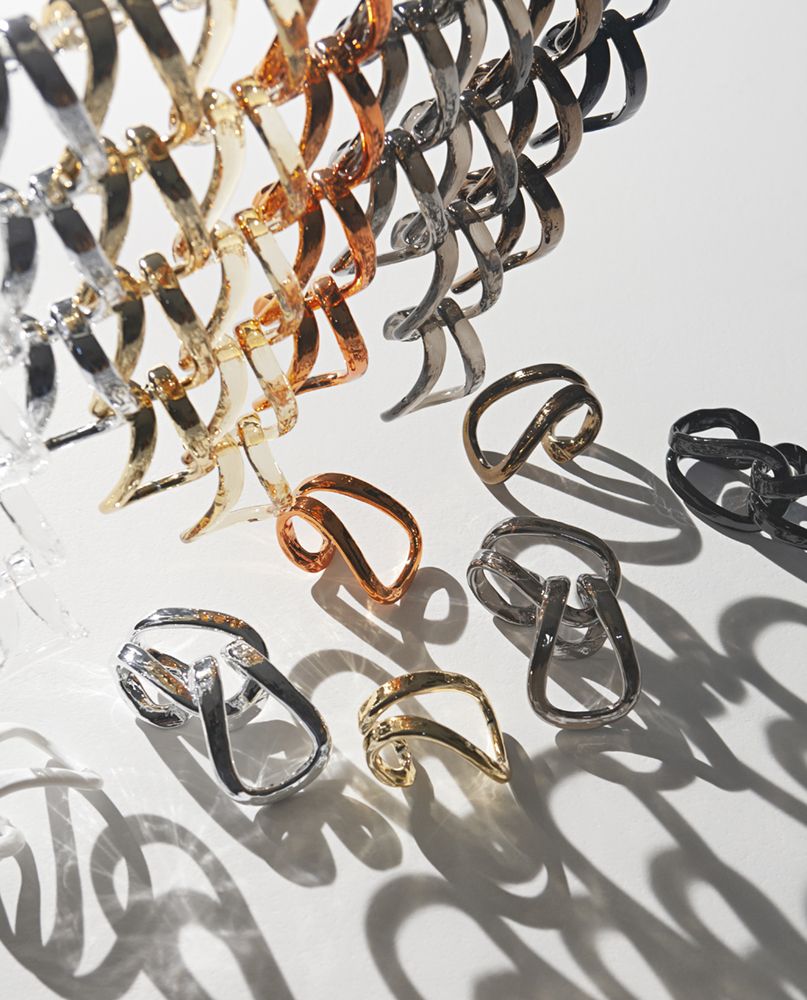 INFRASTRUCTURES IN MILAN
In addition to industrial design, and the design of residential buildings, what really made Mangiarotti’s name all over the world was his gift for architecture infrastructure and urban planning, as well as structural engineering. In 1998 such talent earned him an honorary degree in engineering from the University of Munich. Six of his most outstanding works, of enormous infrastructural and architectural importance, were carried out in his home city of Milan. These important works include stations of the Milan Passante underground railway. A number of these works, such as the Stazione di Milano Repubblica, feature not just engineering, infrastructural and architectural solutions related to the main function of the infrastructure, but also facilities aimed at improving the lives of passengers and the quality of the public environment. These include sizeable meeting spaces, reference points, specific methods to better decrease noise, along with specifically-designed aesthetic details.
2006 Rho Fiera Station
1995 Milan Villapizzone Station
1992 Milano Repubblica Station
1992 Milan Porta Venezia Station
1982 Milan Certosa Station
1982 Milan Rogoredo Station

EXHIBITIONS
Many exhibitions and performances have also been dedicated to Mangiarotti, below is a list of the most important up to the time of his death:
2019 Novara, “Angelo Mangiarotti. The tectonics of assembly”, Castello Visconteo-Sforzesco
2012 Tokyo, The Philosophy of the Master – Italian Institute of Culture in Tokyo
2010 Calenzago (Florence), “Angelo Mangiarotti designer” – Museo del Design Industriale
2009 Mantua, lithic design – Casa del Mantegna Via Acerbi 47
2004 Tokyo, Gallery-MA
2002 Milan, Triennale di Milano
1999 Carrara, “The DNA of sculpture”
1991 Tokyo, “Abitare Italia”
1989 Los Angeles, California Museum of Science and Industry
1985 Oslo, Museum of Science of Oslo and Museum of Trondheim
1983 Chicago, Expo Center
Paris, Centre George Pompidou
1979 Milan, “Fifty years of Italian architecture from 1928 to 1978” – Palazzo delle Stelline
1965 Florence, “The inhabited house” 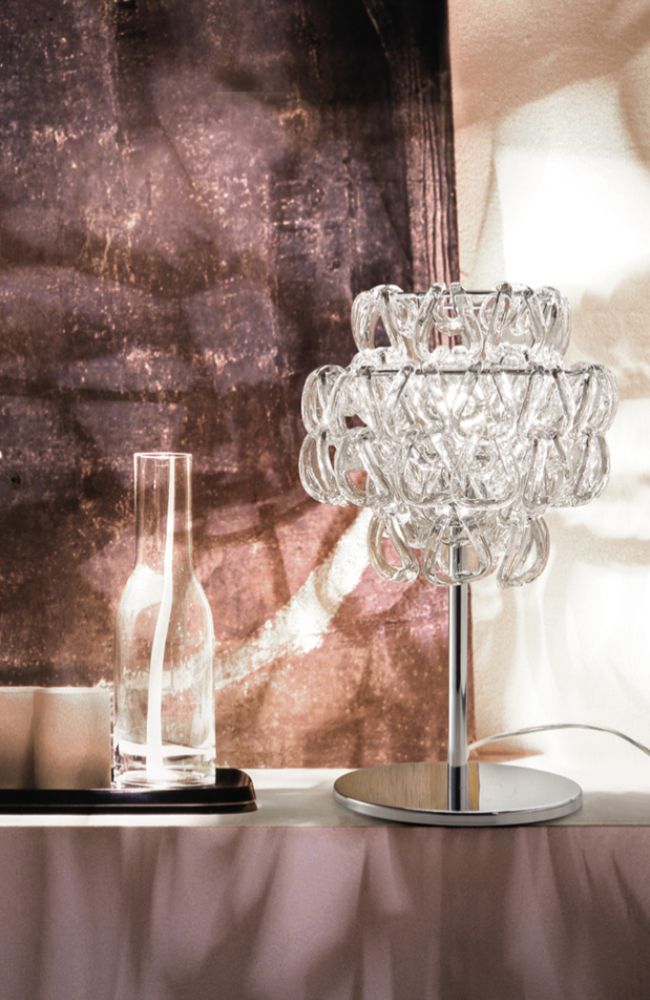 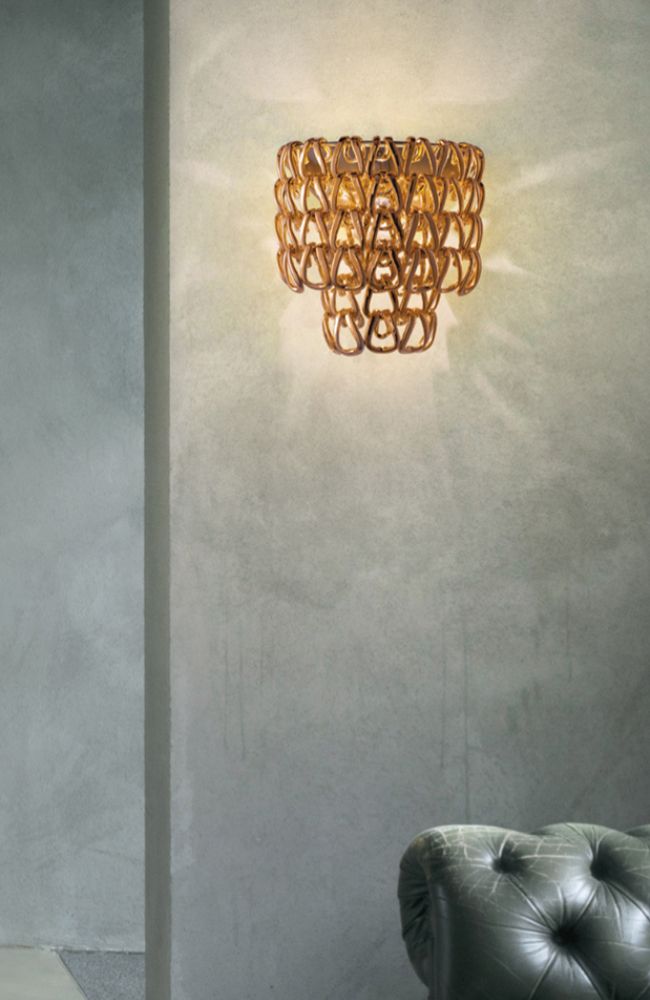 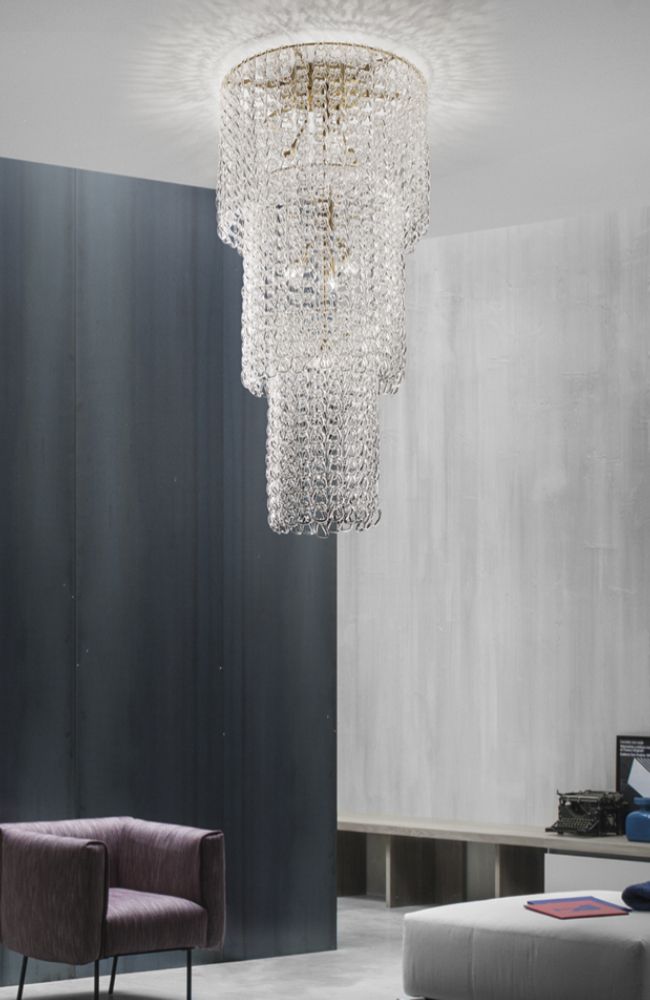 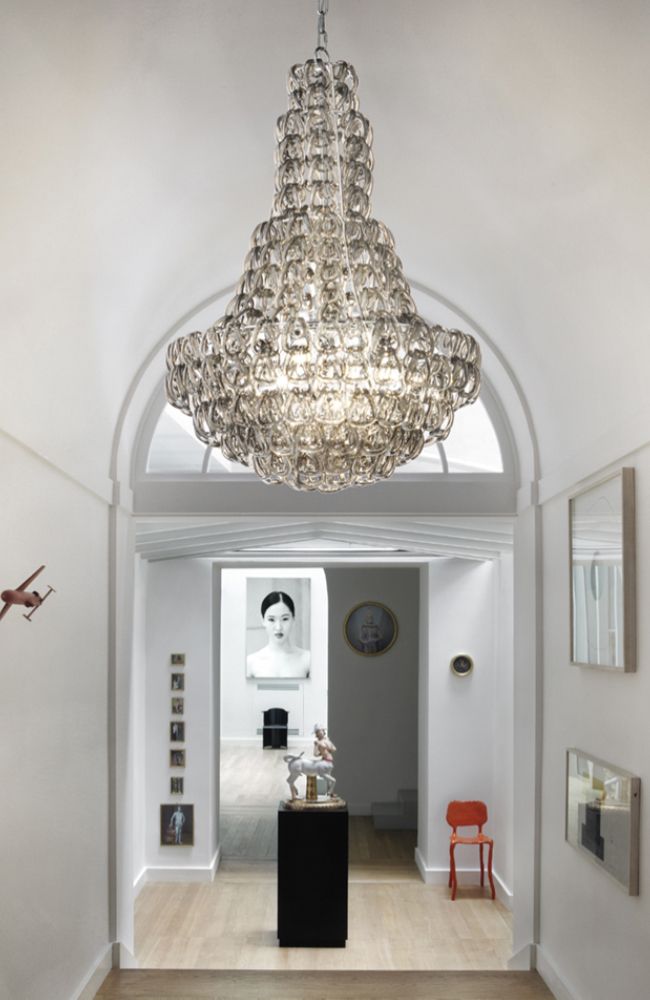 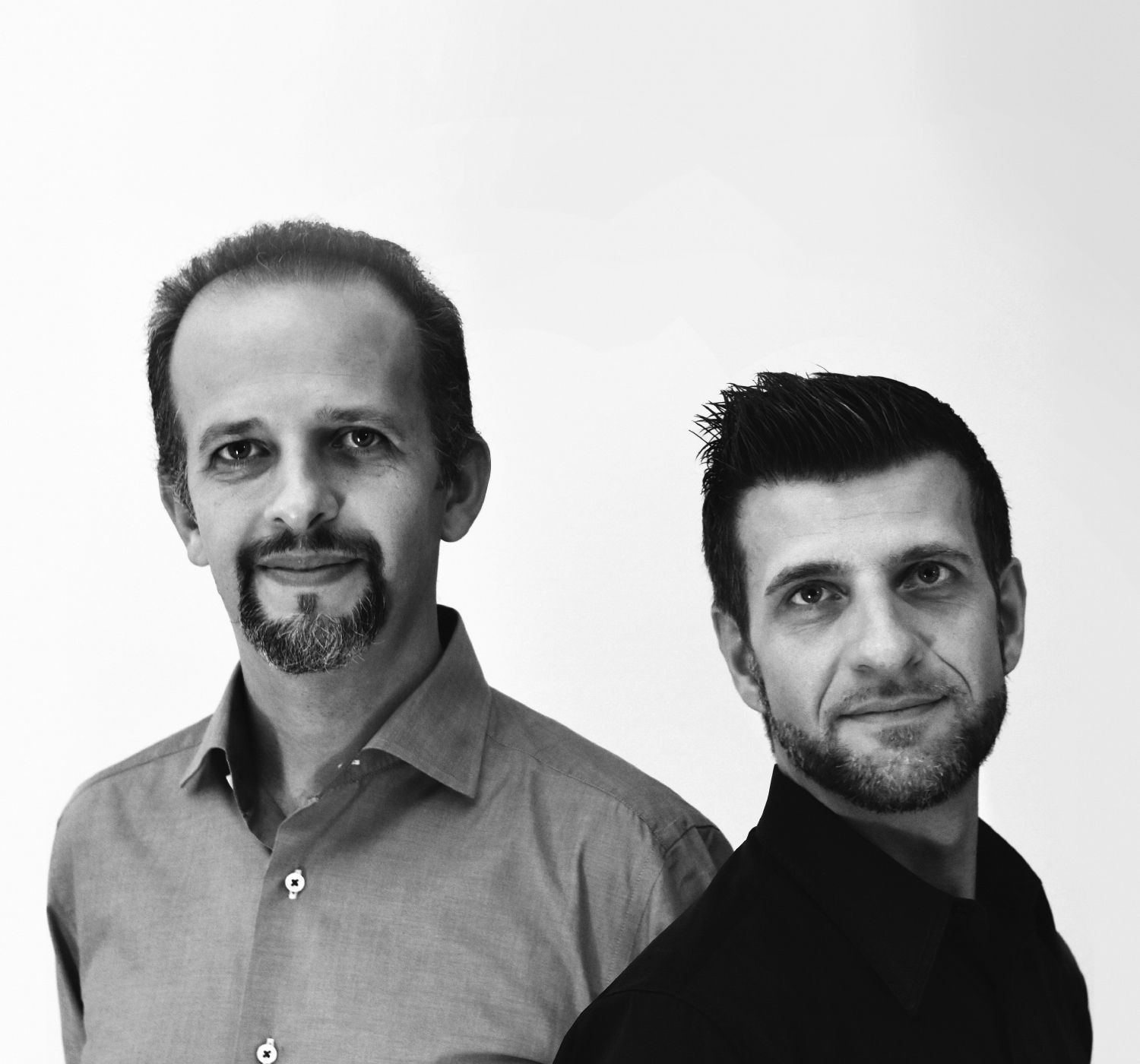 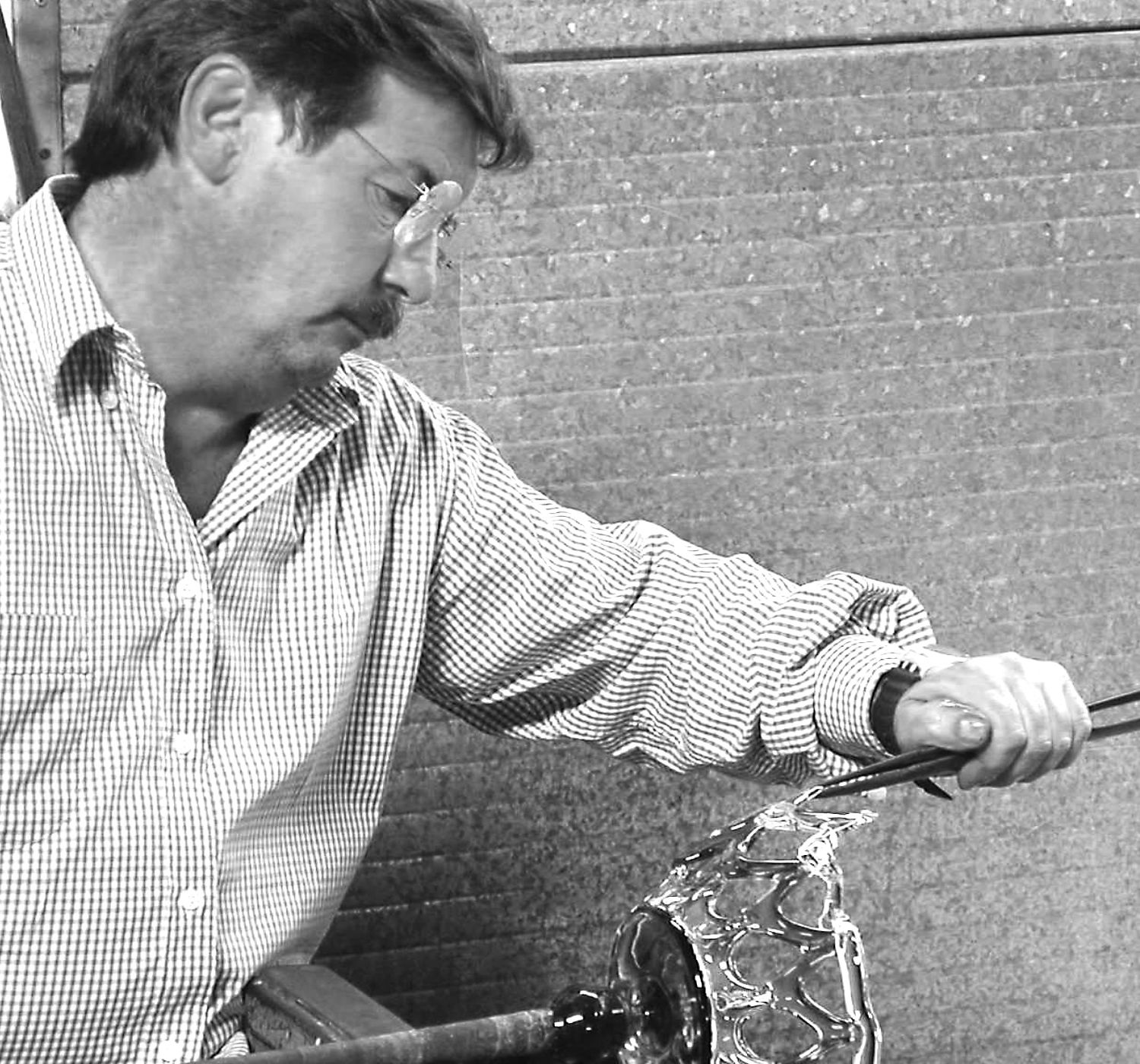